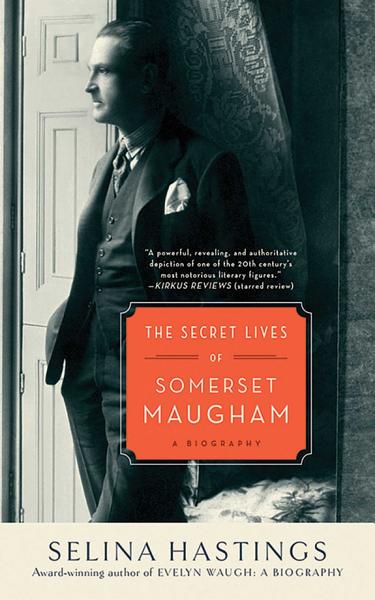 He was a brilliant teller of tales, one of the most widely read authors of the twentieth century, and at one time the most famous writer in the world, yet W. Somerset Maugham’s own true story has never been fully told. At last, the truth is revealed in a landmark biography by the award-winning writer Selina Hastings. Granted unprecedented access to Maugham’s personal correspondence and to newly uncovered interviews with his only child, Hastings portrays the secret loves, betrayals, integrity, and passion that inspired Maugham to create such classics as The Razor’s Edge and Of Human Bondage. Portrayed in full for the first time is Maugham’s disastrous marriage to Syrie Wellcome, a manipulative society woman who trapped Maugham with a pregnancy and an attempted suicide. Hastings also explores Maugham’s many affairs with men, including his great love, Gerald Haxton, an alcoholic charmer. Maugham’s work in secret intelligence during two world wars is described in fascinating detail—experiences that provided the inspiration for the groundbreaking Ashenden stories. From the West End to Broadway, from China to the South Pacific, Maugham’s remarkably productive life is thrillingly recounted as Hastings uncovers the real stories behind such classics as Rain, The Painted Veil, Cakes & Ale, and other well-known tales.