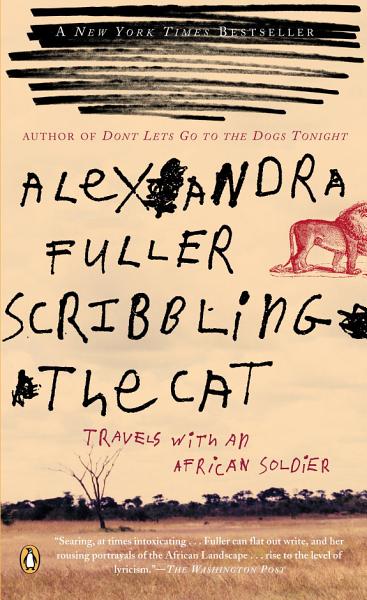 When Alexandra ("Bo") Fuller was home in Zambia a few years ago, visiting her parents for Christmas, she asked her father about a nearby banana farmer who was known for being a "tough bugger." Her father's response was a warning to steer clear of him; he told Bo: "Curiosity scribbled the cat." Nonetheless, Fuller began her strange friendship with the man she calls K, a white African and veteran of the Rhodesian war. With the same fiercely beautiful prose that won her acclaim for Don't Let's Go to the Dogs Tonight, Fuller here recounts her friendship with K. K is, seemingly, a man of contradictions: tattooed, battle scarred, and weathered by farm work, he is a lion of a man, feral and bulletproof. Yet he is also a born-again Christian, given to weeping when he recollects his failed romantic life, and more than anything else welling up inside with memories of battle. For his war, like all wars, was a brutal one, marked by racial strife, jungle battles, unimaginable tortures, and the murdering of innocent civilians—and K, like all the veterans of the war, has blood on his hands. Driven by K's memories, Fuller and K decide to enter the heart of darkness in the most literal way—by traveling from Zambia through Zimbabwe (formerly Rhodesia) and Mozambique to visit the scenes of the war and to meet other veterans. It is a strange journey into the past, one marked at once by somber reflections and odd humor and featuring characters such as Mapenga, a fellow veteran who lives with his pet lion on a little island in the middle of a lake and is known to cope with his personal demons by refusing to speak for days on end. What results from Fuller's journey is a remarkably unbiased and unsentimental glimpse of men who have killed, mutilated, tortured, and scrambled to survive during wartime and who now must attempt to live with their past and live past their sins. In these men, too, we get a glimpse of life in Africa, a land that besets its creatures with pests, plagues, and natural disasters, making the people there at once more hardened and more vulnerable than elsewhere. Scribbling the Cat is an engrossing and haunting look at war, Africa, and the lines of sanity.

Authors: Alexandra Fuller
Categories: Biography & Autobiography
Type: BOOK - Published: 2005-04-26 - Publisher: Penguin
When Alexandra ("Bo") Fuller was home in Zambia a few years ago, visiting her parents for Christmas, she asked her father about a nearby banana farmer who was known for being a "tough bugger." Her father's response was a warning to steer clear of him; he told Bo: "Curiosity scribbled

Authors: Sarah De Mul
Categories: Literary Criticism
Type: BOOK - Published: 2011 - Publisher: Amsterdam University Press
Sarah De Mul is a Postdoctoral Fellow of the Research Foundation Flanders (FWO-Vlaanderen) in the Department of Literary Studies at the University of Leuven. Her publications and research interests are in the field of comparative postcolonial studies, with a particular focus on gender, memory, and empire in Neerlandophone and Anglophone

Leaving Before the Rains Come

Authors: Alexandra Fuller
Categories: Biography & Autobiography
Type: BOOK - Published: 2015-02-12 - Publisher: Random House
The sequel to the bestselling Don’t Let’s Go to the Dogs Tonight Born in England and uprooted to southern Africa as a toddler by her parents, Alexandra Fuller experienced a unique upbringing – both coloured with tragedy and joy – against the backdrop of the Rhodesian wars. Following her marriage

Son of a Gun

Authors: Justin St. Germain
Categories: Biography & Autobiography
Type: BOOK - Published: 2013-08-13 - Publisher: Random House
NAMED ONE OF THE BEST BOOKS OF THE YEAR BY PUBLISHERS WEEKLY In the tradition of Tobias Wolff, James Ellroy, and Mary Karr, a stunning memoir of a mother-son relationship that is also the searing, unflinching account of a murder and its aftermath Tombstone, Arizona, September 2001. Debbie St. Germain’s

Authors: Colin Hawkins
Categories: Language and languages
Type: BOOK - Published: 1996 - Publisher:
Children from the age of 4 needs lots of practice in their efforts to become good at reading, writing, and spelling. The activities in these books additionally help develop phonic skills while encouraging young 'authors' to understand story characters and sturcture.