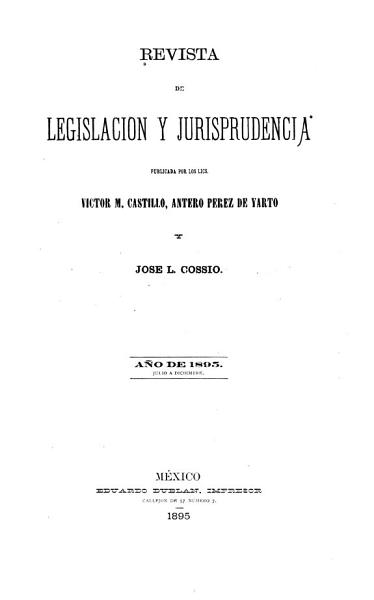 Authors: Revista de Legislación
Categories: Law
Type: BOOK - Published: 2020-05-11 - Publisher:
This is a reproduction of the original artefact. Generally these books are created from careful scans of the original. This allows us to preserve the book accurately and present it in the way the author intended. Since the original versions are generally quite old, there may occasionally be certain imperfections

The Making of Law