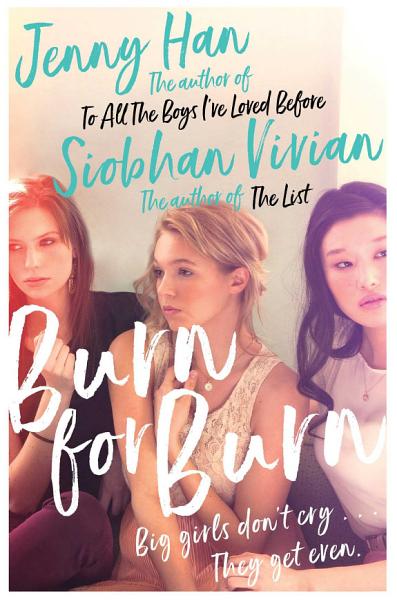 Critically acclaimed authors Jenny Han - whose New York Times bestseller To All The Boys I've Loved Before inspired the hit NETFLIX movie - andSiobhan Vivan team up in this brand new trilogy. Perfect for fans of Pretty Little Liars and Big Little Lies. Postcard perfect Jar Island is home to charming tourist shops, pristine beaches, amazing ocean front homes and three girls quietly plotting revenge. Kat is tired of having people lie to her. One more cruel word from her ex best friend or her secret hook up acting like she doesn't exist will be the last straw. Those two deserve to feel as awful as they've made her feel. But if she tried anything, everyone would suspect her immediately… Lillia is ready to stop pretending her senior year is going to be so great. After what her best friend Rennie got her into this past summer and the way her guy friends are looking at her little sister, she is starting to feel like these "friends" are nothing but the entitled brats she has always denied they were. Mary has just gotten back to Jar Island after a traumatic event several years ago that still haunts her. She is determined to put it behind her, but when she sees Reeve, she is certain that will only happen when he feels the same pain that his actions caused her. But she can't get revenge alone… Maybe someone should show them there are consequences to bad behaviour.